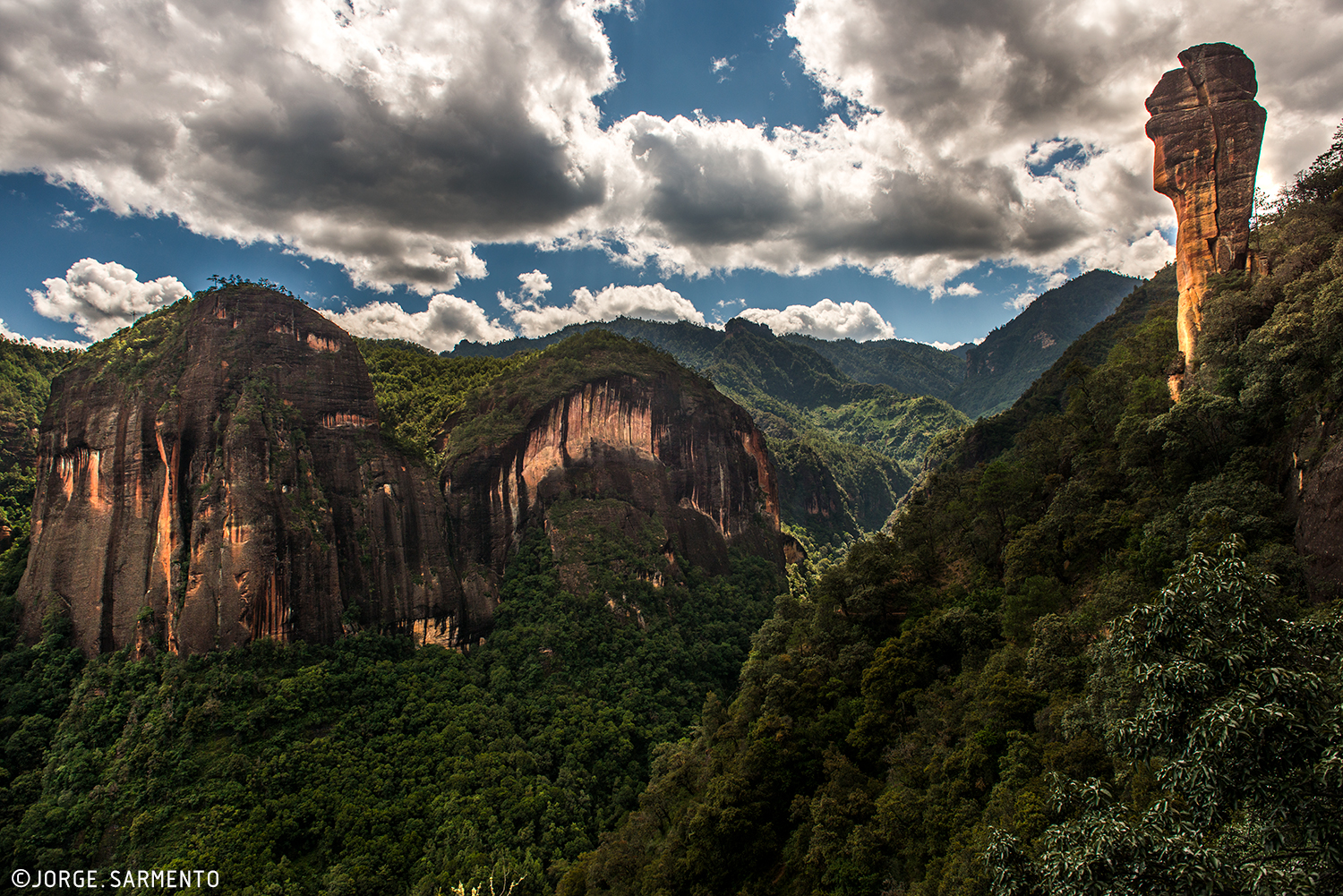 Located within the UNESCO protected Three Parallel Rivers National Park is in the north-western Part of the Yunnan Province, Lao Jun Shan (Laojun Shan) offers some of the most spectacular red/purple sandstone formations in China. The so called Danxia (red/purple sandstone) is outstanding in terms of its high elevation (up to 4’200 m), which result in extreme “freeze-thaw” weathering and contributes to some remarkable Danxia landform features, including the “tortoise shell” surface pattern.

The Lao Jun Shan (Laojun Shan) National Park covers an area of 1315 km2 which is roughly the size of the Faroe Islands or slightly bigger than Hong Kong. The entrance fee is 105 RMB

Laojunshan is a comfortable home for 168 endangered species of animals and plants. Among them, Yunnan Golden Monkey is the most prestigious endangered species that you can see here. Ten percent of world’s rhododendron species plants are seen here. To add the glamour of the location, the area is having plenty of alpine lakes. The very famous Dragon Pool is also located in this park area.

One of the landmark attractions is the Red Rock Formation or Danxia Landform in Laojunshan National Park. This can be seen quite far the roads. The Red Rock Formation is located in the northern side of the park surrounding the village of Liming. The rock believed to be ejected more than 6,500 feet from the bottom of a lake bed and formed sandstone in to cliffs of unseal shapes.

There is no proper transportation service to the park area. One has to hike all the way to reach to the park which will take about 3 hours from Lijiang. On the west side Lijiang is the famous Thousand Tortoise Mountain which is definitely a marvelous piece is nature’s artistic talent. The tortoise shape is formed due to the erosion of sandstone on the top of the mountain which is poised to give an illusion as if thousand of tortoises are marching towards the cliff.