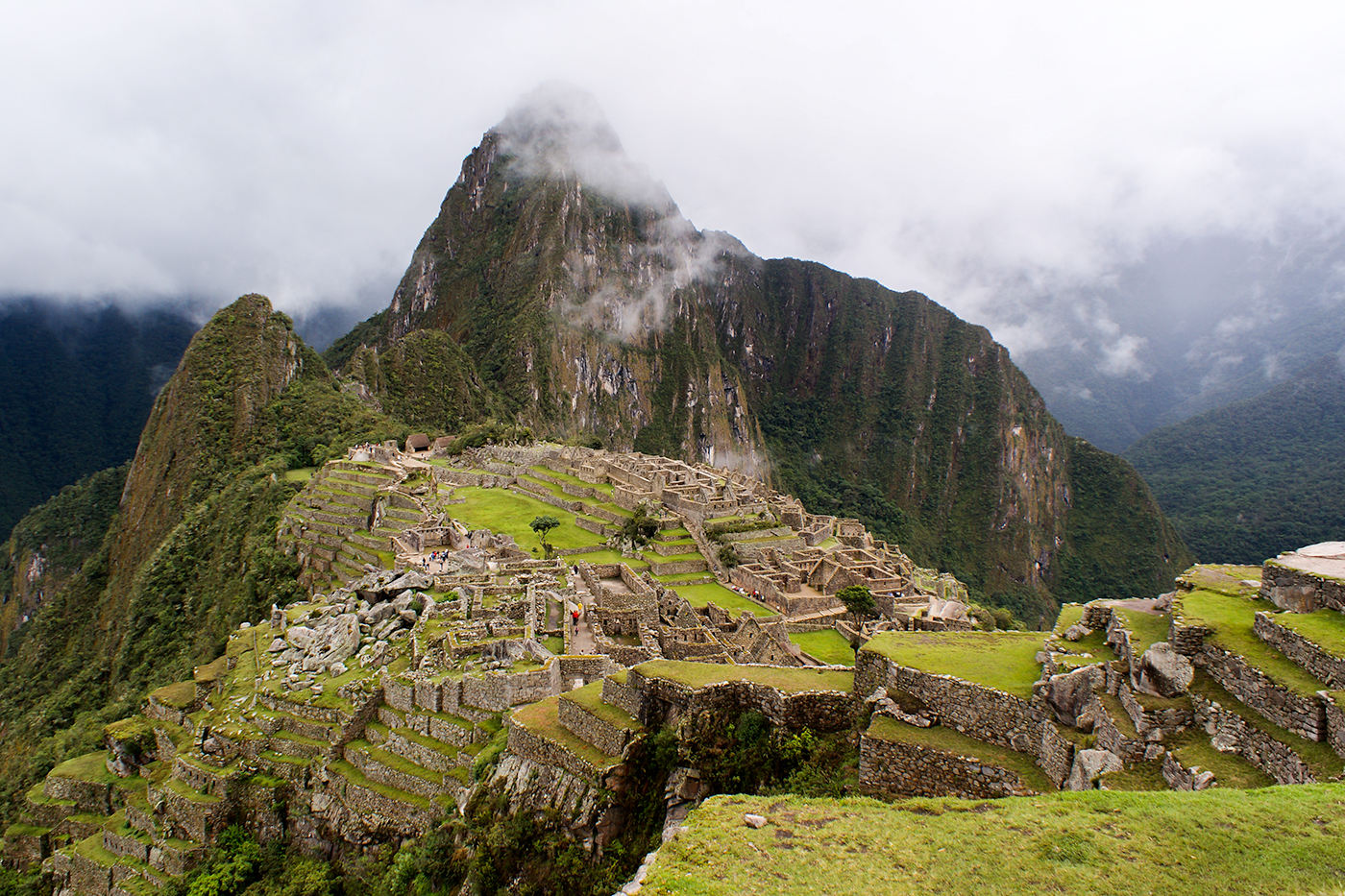 Machu Picchu  is a 15th-century Inca site located 2,430 metres above sea level. It is located in the Cusco Region, Urubamba Province, Machupicchu District in Peru.

It is situated on a mountain ridge above the Sacred Valley which is 80 kilometres northwest of Cuzco and through which the Urubamba River flows. Most archaeologists believe that Machu Picchu was built as an estate for the Inca emperor Pachacuti (1438–1472).

Machu Picchu was declared a Peruvian Historical Sanctuary in 1981 and a UNESCO World Heritage Site in 1983In 2007, Machu Picchu was voted one of the New Seven Wonders of the World in a worldwide Internet poll.

Machu Picchu was built in the classical Inca style, with polished dry-stone walls. Its three primary structures are the Inti Watana, the Temple of the Sun, and the Room of the Three Windows.

Machu Picchu is a magical and powerful place.

I managed to enter and climb to the New Mountain to contemplated Machu Picchu in all its splendor. It is a magnificent vision that rewards the climb with some difficulty. The morning clouds touched Wayna Picchu. Upon reaching the top we feel like birds flying over the Incas magical atmosphere.