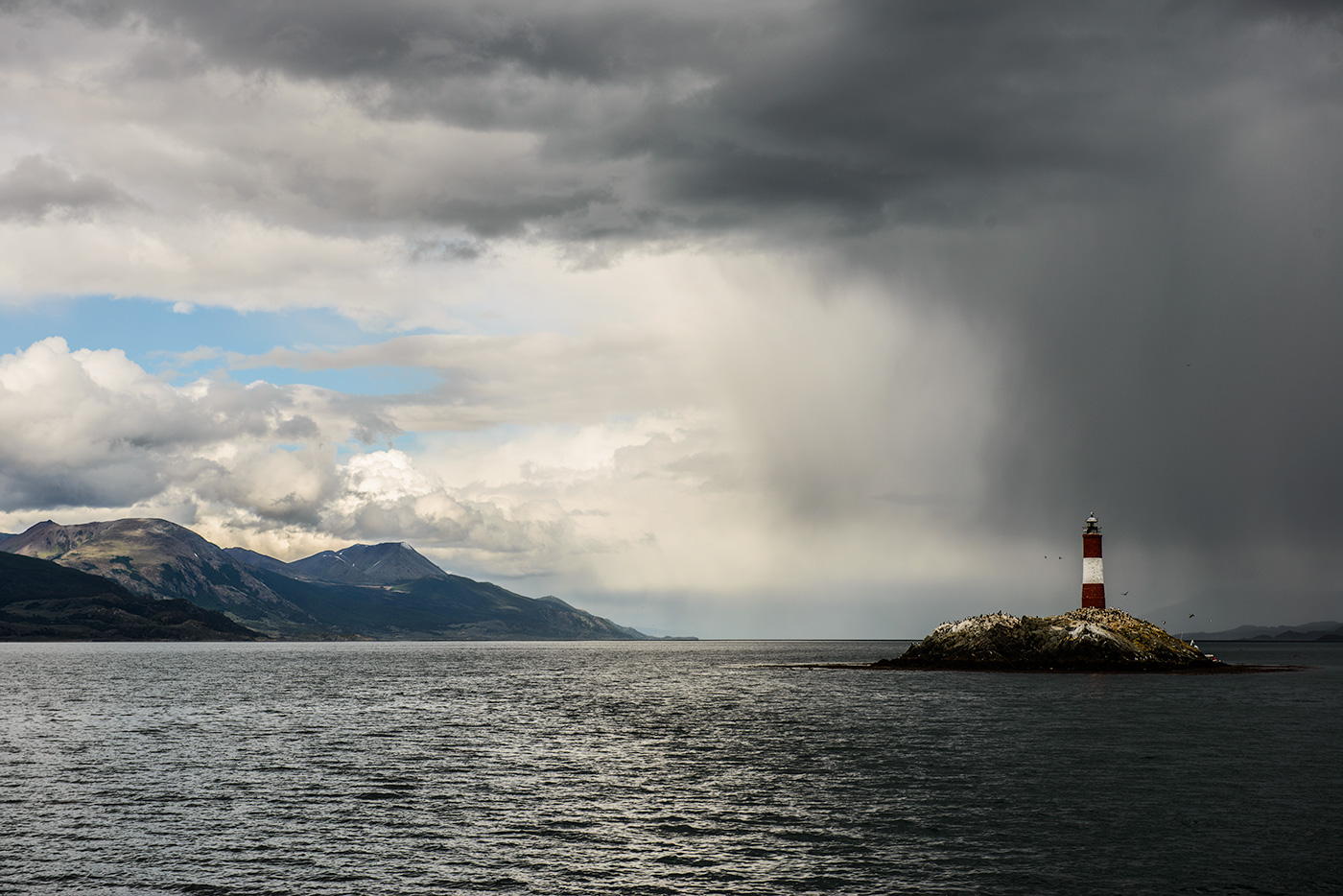 Patagonia, Beagle Channel is a strait in Tierra del Fuego Archipelago on the extreme southern tip of South America partly in Chile and partly in Argentina. The channel separates the larger main island of Isla Grande de Tierra del Fuego from various. The channel’s eastern area forms part of the border between Chile and Argentina and the western area is entirely within Chile.

The Beagle Channel leads to the Straits of Magellan to the north, and the open-ocean Drake Passage to the south are the three navigable passages around South America between the Pacific and Atlantic Oceans. Since the Beagle Channel and the Straits of Magellan are both very narrow passages which severely limit the size and types of ships that can safely use them, most commercial shipping uses the Drake Passage.

I visited the islands of the Alicia Archipelago, an area inhabited by a large colony of imperial cormorants with local wildlife, including the majestic black browed albatross, the scua (a type of gull). The journey continued to Les Eclaireurs Archipelago, Seal Island, home to two playful species of sea lions. Then cruise to another island nearby to have a look at the classic Les Eclaireurs Lighthouse.